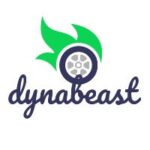 Tesla FSD(Full Self Driving) Beta V10.12 Update out to employees, it’s a Big One

Tesla FSD beta software update V10.12 with some improvement based on over the 250,000 video clips from the fleet, Tesla has released notes for the FSD beta update on Twitter to aware people of the extensive work on its Tesla Full self-driving (FSD) Software. This update is a big update with a lot of improvement has been done by Tesla.

As per the TeslaScope, the FSD beta V10.12 update is now going out to the employee but the release notes for the update beta have not been released so far.

Last week, the CEO of Tesla, Elon Musk said that the upcoming TESLA Beta version contains a lot of updates in its software including additional features such as new tendencies and behaviors these are in the testing phase, and Tesla employees notify customers about the FSD beta update program before participating.

Right now, The company has up to 100,000 owners in the FSD program, it is expecting that beta has more data to train its neural nets.

Musk also predicted that if everything will be done well with beta update 10.12, Tesla may lower the required safety score to join the data program to 95+.

Certainly, This is first-time video clips pulled from the fleet and the carmaker has expected that around 250,000 new clips use in the training set for this beta program.

Musk said, replying to a question on Twitter, “Team is working the weekend to get 10.12 in limited release tomorrow. Then we evaluate, do a point update, and broaden the release. 10.12.2 is probably where we can expand to a safety score of 95+,”

Elon also announced that it has removed three neural nets from the system and enabled 18 frames per second(FPS) to improve the system frame rate.

There are a lot of improvements in the FSD beta program below:

Here are the Official release notes below:

ABOUT US
Dynabeast is an electric vehicle blog, our aim is to spread knowledge of upcoming electric vehicles and also help people to select their favorite vehicle.
Contact us: dbdynabeast@gmail.com
Copyright © 2022 DynaBeast. All Rights Reserved.
We use cookies on our website to give you the most relevant experience by remembering your preferences and repeat visits. By clicking “Accept”, you consent to the use of ALL the cookies.
Do not sell my personal information.
Cookie SettingsAccept
Manage consent

This website uses cookies to improve your experience while you navigate through the website. Out of these, the cookies that are categorized as necessary are stored on your browser as they are essential for the working of basic functionalities of the website. We also use third-party cookies that help us analyze and understand how you use this website. These cookies will be stored in your browser only with your consent. You also have the option to opt-out of these cookies. But opting out of some of these cookies may affect your browsing experience.
Necessary Always Enabled
Necessary cookies are absolutely essential for the website to function properly. These cookies ensure basic functionalities and security features of the website, anonymously.
Functional
Functional cookies help to perform certain functionalities like sharing the content of the website on social media platforms, collect feedbacks, and other third-party features.
Performance
Performance cookies are used to understand and analyze the key performance indexes of the website which helps in delivering a better user experience for the visitors.
Analytics
Analytical cookies are used to understand how visitors interact with the website. These cookies help provide information on metrics the number of visitors, bounce rate, traffic source, etc.
Advertisement
Advertisement cookies are used to provide visitors with relevant ads and marketing campaigns. These cookies track visitors across websites and collect information to provide customized ads.
Others
Other uncategorized cookies are those that are being analyzed and have not been classified into a category as yet.
SAVE & ACCEPT